This past summer I lost two of my older cats, Ember to cancer and Gunther to diabetes and kidney insufficiency. Ember had arrived at my house as a feral kitten. Eventually he became quite affectionate with me and the older male who adopted and socialized him. However, he frequently bullied newcomers to the household. As he was very fast (black lightning ninja I called him), his victims frequently were unable to defend themselves adequately.

I was reminded of this a few months after his death when Shadow, who had been one of his victims, started exuberantly dashing into the bedroom and onto the bed. That had been Ember’s territory and even after he was gone, it took Shadow some time to break out of the old pecking order.

A few years earlier though, I had found a way to protect the newbies from sudden attack. I gave them a partially enclosed space where they could see Ember coming but had at least two different escape routes. The newbies were happy because they weren’t completely caged; they had the run of the house but also some protection. Eventually some kind of understanding must have been reached because Ember stopped attacking and the newbies walked around the house (though some places like the bedroom were Ember’s territory).

I took an old entertainment center and cut various openings with a jigsaw. The front door is slatted and low enough to jump over The bottom double doors have screened windows.. There is a round back door. There is also an opening in the top floor for a cat to drop through to the bottom floor though I don’t use that now. The point of all the openings and the slatted door was to give the newbie protection without making it feel caged. There is a covered litter box on top of it all so the cat can’t be ambushed at the litter boxes on the floor. 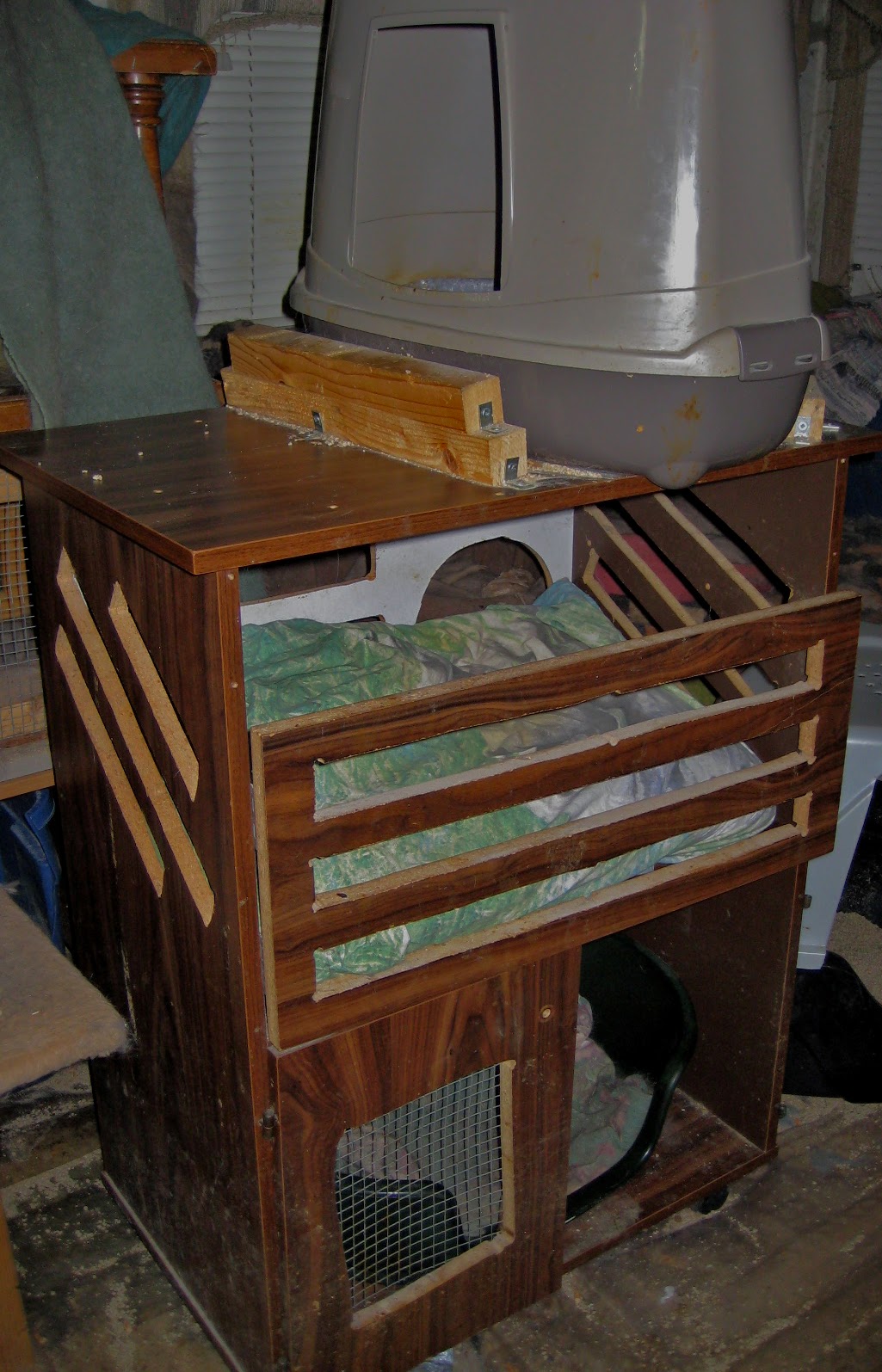 Even when there is no bullying going on, cats will use the different levels for a nap or to observe what else is going on, particularly if there is a lot of activity at once.