Parker is an old cat now. One never knows for sure the age of a stray cat, but when I brought him home around 2004 the vet estimated him to be around 5 years old.  The guards in the security firm where I worked had told me about this cat living on a boat, parked in the parkade where their patrol cars were parked. They would feed him bits of their sandwiches.

Maybe those sandwiches had something to do with Parker’s sensitive tummy. Around 2012 the vet diagnosed him with gastritis which was responsible for his bouts of throwing up and not wanting to eat. She recommended an over the counter human drug but I didn’t want to give him that and began playing for him the sound frequency for gastritis.

The gastritis frequency worked quite well until recently. Parker would sit and listen to it and the throwing up would stop for awhile and he would eagerly eat his food again. Recently, he walks away from it, won’t listen to it. I have found that animals know if a frequency will help and will walk away if not. (This is not to be confused with turning around or moving slightly away to modulate volume).

I had also noticed that Parker would hang around the water dish, not drinking that much but just hanging there.That behavior, the disinterest in food and the throwing up all can be indicators of kidney insufficiency which is quite common in older cats. It used to be called Chronic Renal Failure (CRF). Also of concern was that gastritis is inflammation of the gastrointestinal tract. Current thinking is that repeated inflammation leads to cancer.

So I consulted my homeopathy mentor. I was thinking of the homeopathic remedy nephrine for kidney conditions. She suggested two additional remedies, berberis for kidney and liver support and condurango for inflammation/precancerous conditions as well as aiding digestion. So Parker gets all three. 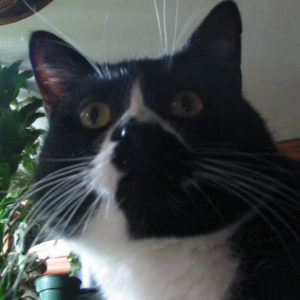 Now my mentor is not totally sold on audio remedies. Standard homeopathic pills can have their effects antidoted or cancelled out by a number of things, including electromagnetism. So I decided to just use the homeopathic pills (dissolved in distilled water) for awhile. This seemed to work for quite a long time but then the food disinterest and throwing up started again. The gastritis frequency seemed to help a couple times, but then it didn’t and Parker would walk away from it.

But there is a frequency for kidney insufficiency. Parker didn’t walk away from that. He stayed and listened to it for as long as I played it. And he seemed refreshed and revitalized afterward.  So now he gets his homeopathic remedies with occasional doses of the kidney insufficiency frequency.

As mentioned, kidney insufficiency is quite common in older cats and sometimes there is liver insufficiency. Both of the sound frequencies for these conditions are available as experimental downloads .

I am quite pleased that the kidney insufficiency frequency seems to help because I have been through standard treatment for this with a number of cats. I have also observed other owners go through the same thing. A reduced protein diet is recommended, often with excess salt for water retention. Typically the cats dislike this food and all kinds of persuasive tricks are tried…to no end. Eventually it becomes apparent that it is more important that the cat eats something than that the cat eats this reduced protein food.

While that is the standard treatment, there are arguments against it. Parker, like my other cats has a choice of ultra premium canned food and raw food mixed according to a vet’s recipe. Very slowly, of his own volition. he has started eating a little of the raw food. A little sprinkle of Engevita yeast on his canned food is often where he starts his meal then he meanders over to the raw food.

Like Brewer’s yeast, Engevita nutritional yeast is full of B-complex vitamins including B1 (thiamine) that fleas hate the smell of. It has many other micronutrients as well. Engevita is not as bitter as Brewer’s and can be a tasty addition to human food. Some people use it as a butter substitute on popcorn.

Some years earlier, Parker had urinary stones. After the veterinary treatment I made a point, when petting him, of massaging the Traditional Chinese Medicine (TCM) acupressure points on his hind legs. Cheryl Schwartz DVM, in her book Four Paws Five Directions includes lower points  on the rear legs in her massage recommendations for renal failure. She also mentions spinal massage which is something Parker already loves.

So the lucky old guy will be getting even more of what he likes now. And I am grateful that there are these many options to help my buddy with his aging. 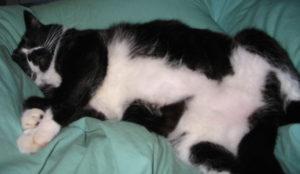 I believe Parker may be heading toward kidney insufficiency. But his hydration is good. In more advanced stages of kidney disease, dehydration is an issue and it is important to replace fluid and electrolytes. Owners are often taught how to do this at home with a syringe or an IV bag. There are also homeopathic remedies such as China and Carbo Veg that have been used for dehydration. And frequencies of 8.1, 20 and 10000 hz are said to help improve electrolytes. For an excellent website about feline kidney disease see Tanya’s Comprehensive Guide to Feline Kidney Disease . 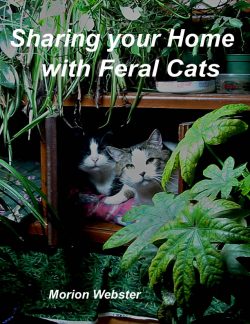 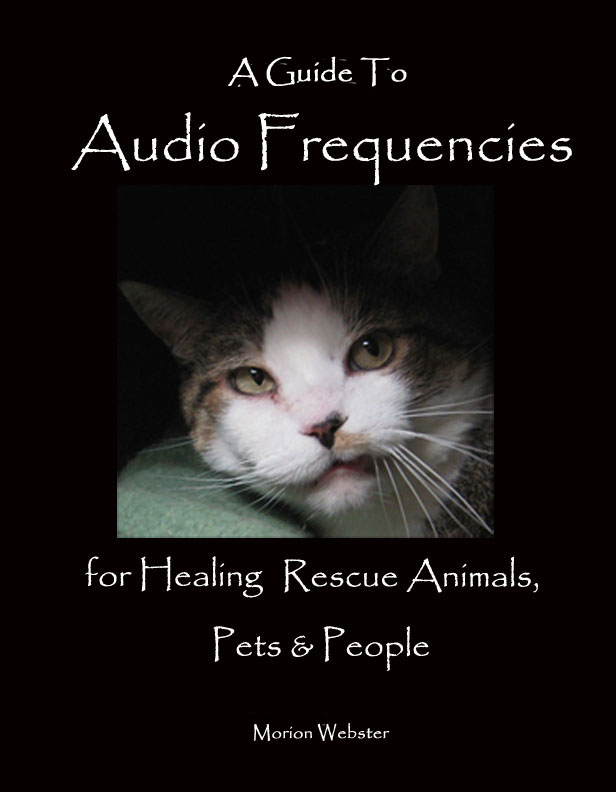 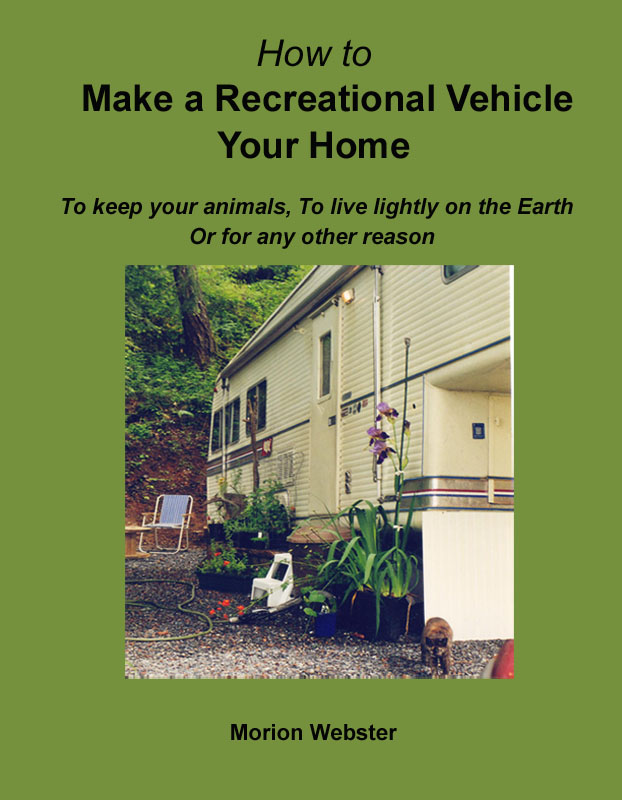 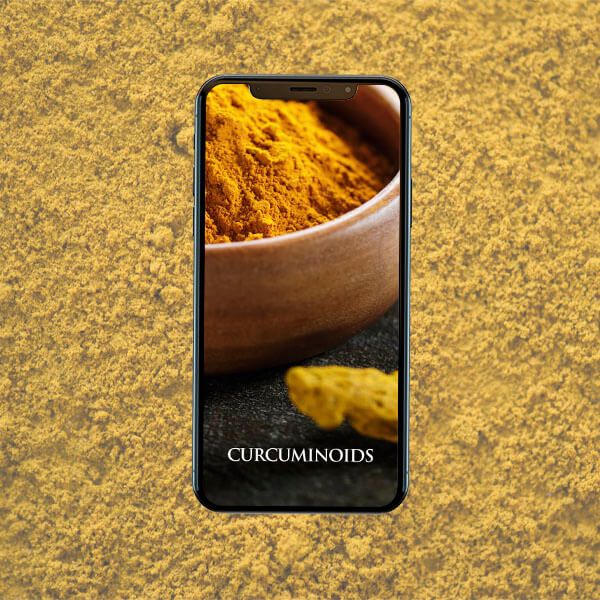 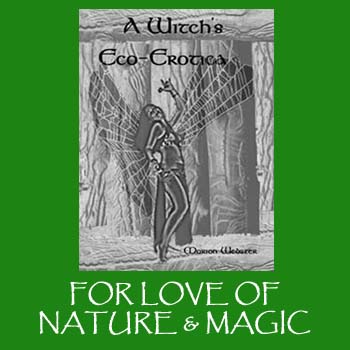 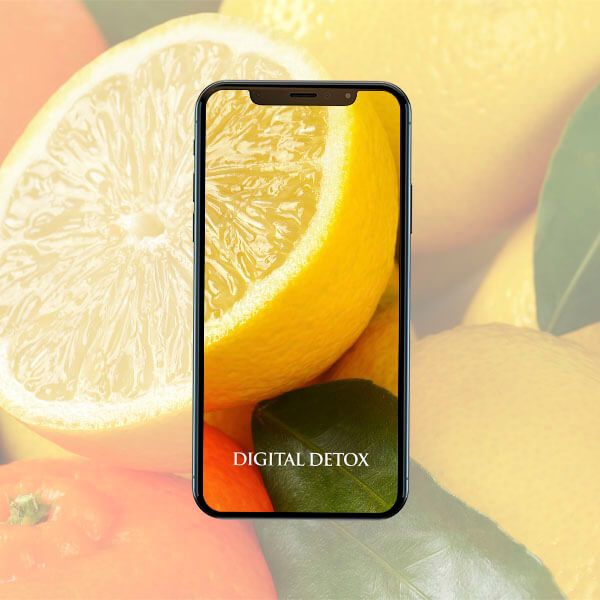 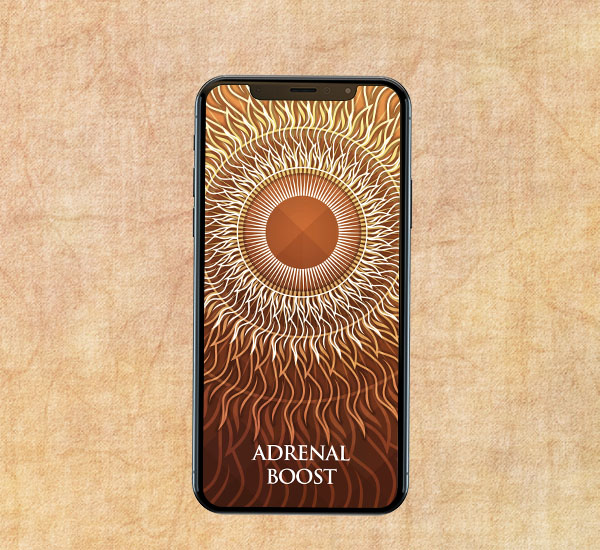